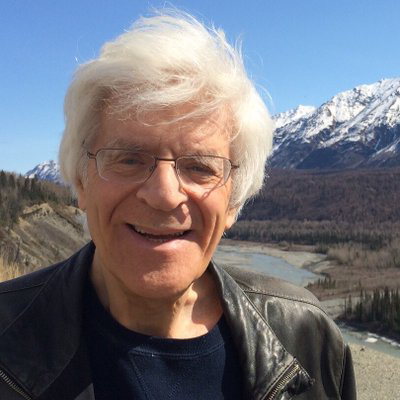 Greg Sandow decided when he was 10 that he wanted to be an opera singer, and also wrote his first opera then, about his cat. He later studied singing and sang opera roles semiprofessionallly, including Alberich in Das Rheingold and Balstrode in Peter Grimes. He studied composition at the Yale School of Music, getting a master’s degree in 1974.

Then his career took many turns. He was successful as a composer, especially in opera. But he also became a nationally-known music critic, writing first about minimalism and other forms of new music, then doing wider classical music coverage for the Wall Street Journal and many other publications. Later he defected to pop music, and surely is the only person ever to speak on panels at both the Cleveland Orchestra and a heavy metal convention. He was the first critic ever to write about N.W.A., the pathbreaking gangsta hiphop group.

And now he’s best known for his work on the future of classical music. He’s been called “the voice of the revolution” — someone who advocates and helps to instigate the many changes sweeping through the field today. He teaches about the future of classical music at Juilliard, has written an influential blog on the subject, and has done projects with major symphony orchestras. As a consultant he’s had clients ranging from individual artists to the DePauw University School of Music, where he worked intensively with students, faculty, and the dean, helping the school put in place its radical new curriculum.

He’s spoken internationally about the future of classical music, and this past spring visited the Peabody Institute, one of America’s leading conservatories, and the music school at Lawrence University. At Peabody he had a public conversation with the dean, and at both places he consulted with faculty and administration about new, future-oriented ways of teaching classical music, which both schools have put in place.

But he still composes, and two years ago reemerged with a concert of his work at the Strathmore Performing Arts Center near Washington, D.C.

He lives in Washington with his wife, Anne Midgette, the classical music critic of the Washington Post. They have a six year-old son, Rafael, who loves to play Michael Jackson on the family’s Amazon Echo. And who — though he’s never heard of Charles Ives — once set three musical toys playing at once, turned to his dad, and said, “That’s cool!”