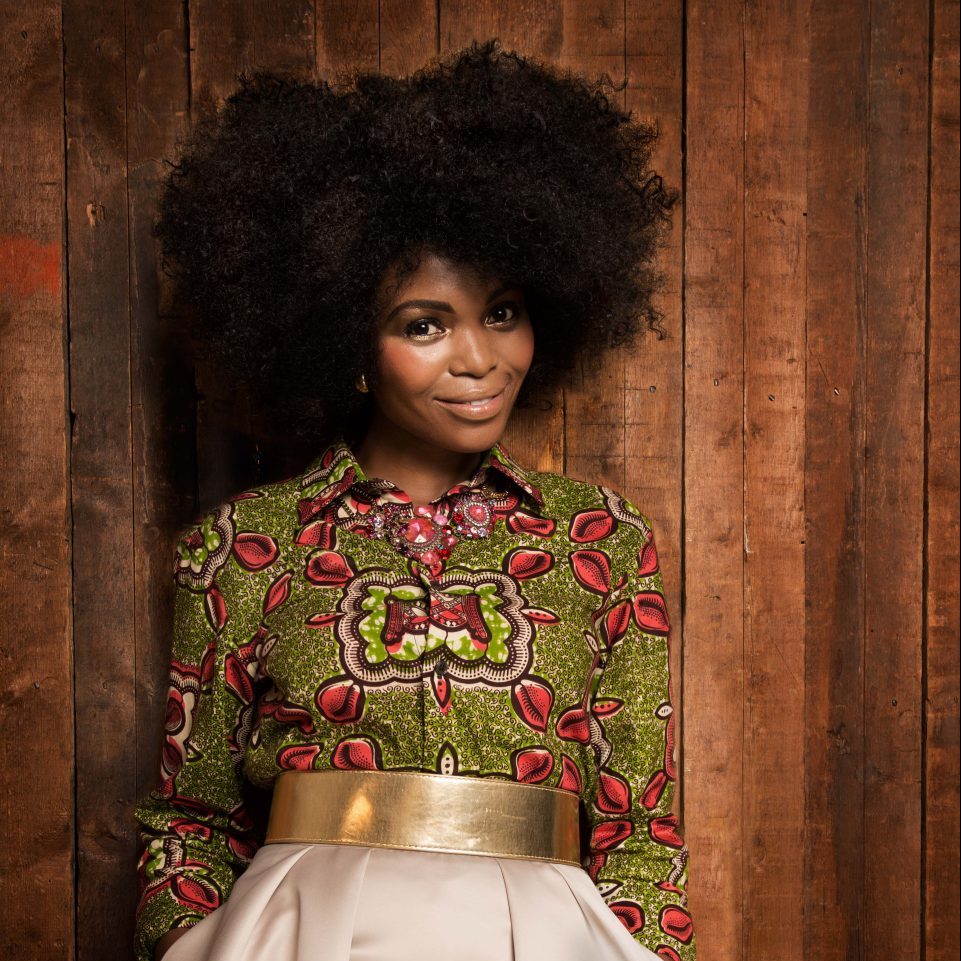 Described as “one of today’s most exciting new operatic voices” (Independent), South African soprano Pumeza Matshikiza is one of today’s rising opera stars. Being an exclusive Decca Classics recording artist, her debut album “Voice of Hope” was released in 2014, featuring arias and traditional and popular African songs. Her second album “Arias” was released in May 2016.

Pumeza Matshikiza kicks off the 18/19 season with her role and house debut in the title role of Dvořák’s Rusalka at the Stadttheater Klagenfurt and her US debut performing one of her signature roles, Mimì in Puccini’s La Bohème, with Dallas Opera. Besides that, the soprano is also heard on the concert stage: she sings solo concerts with Bilkent Symphony Orchestra, under Vladimir Fanshil’s conducting, and with Folkwang Kammerorchester, under the baton of Johannes Klumpp, and gives a solo recital with Simon Lepper at Opera North in Leeds. Closing the season, she joins stage with Rolando Villazón at the renowned Grafenegg Festival and the Klassik am Dom Festival Linz.

In the 17/18 season the South African soprano gave recitals in Rio de Janeiro, at the Opéra national du Rhin Strasbourg, participated in Dmitry Korchak’s Festival at Novosibirsk, Russia, and sang solo concerts with the Württembergische Philharmonie Reutlingen, the Ensemble Conductus and Windkraft at SONORA 701 Festival. The soprano also made her debut with the Staatstheater Wiesbaden, singing Mimì (La Bohème). She also shared the stage with tenor Rolando Villazón under the baton of Duncan Ward, giving an open-air concert at Schloss Salem in July 2016.

Recent engagements include Pumeza Matshikiza’s debut as Eve in the world premiere of Giorgio Battistelli’s CO2 at Teatro alla Scala in Milan. The highly acclaimed production was staged by one of the most renowned contemporary opera directors – Robert Carsen, and libretto written by famous British dramatist Ian Burton. She also was singing world premiere of Luca Francesconi’s Bread, Water and Salt, based on the famous speech by Nelson Mandela, together with the Orchestra dell’Accademia Nazionale di Santa Cecilia in Rome the; followed by the role of Dido in Dido and Aeneas with the English Concert Orchestra at the Bristol Old Vic as part of the Bristol Proms series and a CD release concert with the Aarhus Symphony Orchestra in Denmark. She appeared at the BBC Proms in the Park and a concert tour with Rolando Villazón that took her to Vienna’s Konzerthaus, Paris’ Théâtre des Champs-Elysées, Laeiszhalle Hamburg, Gasteig Munich, Kuppelsaal Hanover, Tonhalle Düsseldorf and Helsinki. As a five-year ensemble member of the Staatsoper Stuttgart, Pumeza Matshikiza could be heard as Micaёla (Carmen), Mimì (La Bohème), Susanna (Le nozze di Figaro), Ännchen (Der Freischütz), Zerlina (Don Giovanni) and Pamina (Die Zauberflöte).

Pumeza Matshikiza was a member of the Jette Parker Young Artists’ Programme at the Royal Opera House from 2007-2009 and could be heard as Blumenmädchen in Wagner’s Parsifal, Slave in Strauss’ Salome, Innocent (The Minotaur), Witch in Dido and Aeneas, Sandmann (Hänsel und Gretel) and Tebaldo in Verdi’s Don Carlo, conducted by Antonio Pappano. 2010 Pumeza Matshikiza was awarded with the 1st Prize in the Veronica Dunne International Singing Competition and became an Associate Artist of the Classical Opera Company, singing the title role in Mozart’s Zaide for which she was awarded with the Patrick Fyffe-Dame Hilda Brackett Prize.